SIX Studios collaborated with Yota Devices, a Russian mobile making startup on their next generation dual-screen Android-Powered smartphone; a full color touchscreen LCD display on the front and a gesture based Electronic paper display on the back.

With a new product into an already-crowded smartphone market, Yota approached SIX Studios to review the overall design and usability of the device. We therefore conducted a heuristic evaluation of the Yota device, its custom applications and overall interactions by reviewing documentation and new builds that were released weekly.

Having a complete assessment of the devices’ design and features, we worked directly with Yota’s UI/UX team and provided annotated deliverables and guidelines to existing designs and suggested improvements with key use cases.

Improvements to the flow and interaction of Back screen nofifications 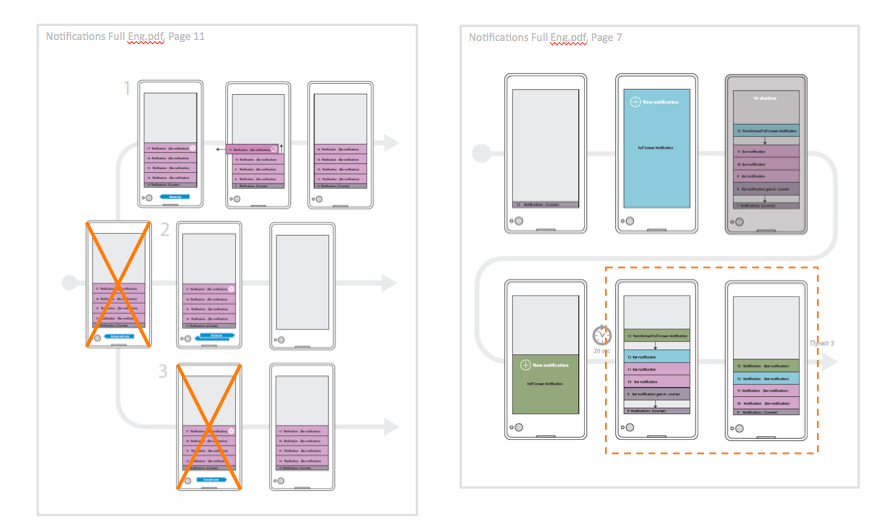